The Old Museum is a beautiful venue for an interpretation of the myth of Medea. The supports that run floor-to-ceiling transform readily into a Grecian ruin, and the chorus leads us through the doors and past the relics to be seated. Christine Urquhart’s set is simultaneously complex and minimal — there is a lot of space, and the production will use all of it, but with the pillars and a chorus occupying the stage there is surprisingly little room for props. A swathe of white fabric flowing from the ceiling, slashed into three sections, functions as a wall, a window and a veil; at one point a distraught Medea (Lauren Jackson) stands before it while the beautiful Glauce (Mollie Yang) taunts her between the gaps.

Julian Napier’s costumes are lovely and the chorus, in their flowing, glossy gowns, feel almost like a natural extension of the set.  Medea’s gown is well-suited to the choreography of the part: she is beautiful but uncontrolled. 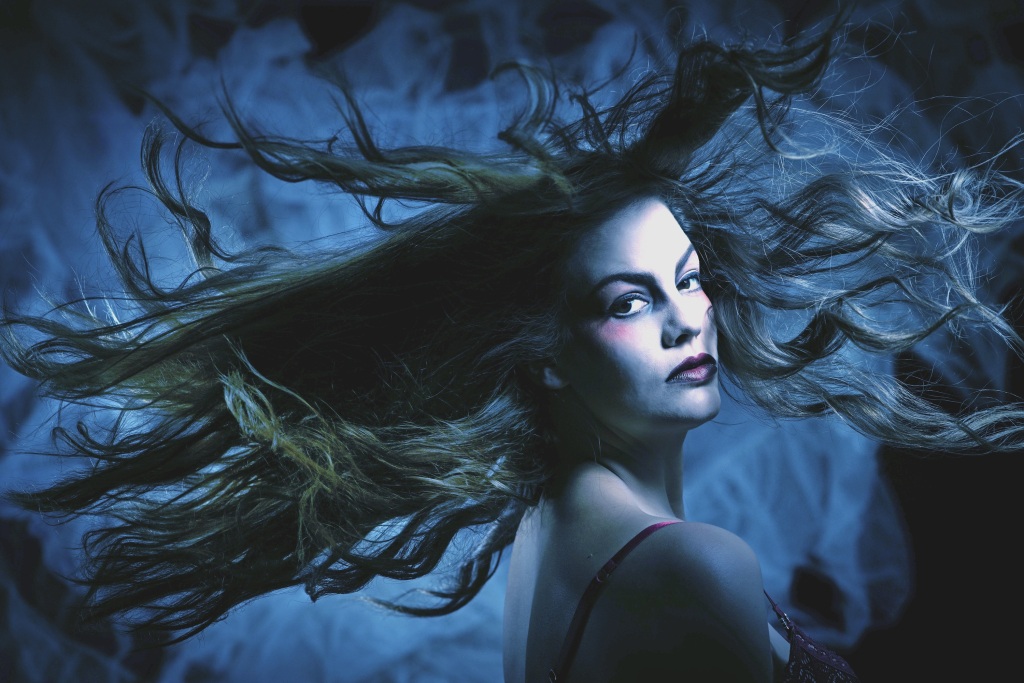 Zen Zen Zo are renowned for their physical theatre, but this production relies heavily on the acting chops of the cast. Eric Berryman is utterly magnetic as Jason; his presence steals the show. Lauren Jackson, who plays the rapidly deteriorating Medea, is a dancer by profession, and she shines during the more choreographed sections of the show: her dance with Eros (Brennan Campbell) is beautifully executed and both performers are clearly in their element.

The whole performance feels carried by the dedication of the chorus; the seven members function alternatively as Medea’s handmaids and the more traditional collective voice of the story. Their singing, dancing and narration walk us through the tale. The commitment of the individual members is evident — without it there would be something flimsy about the whole play, but they provide a certain sincerity that glues the production together.

Medea’s children are central to the story, but there are no children in the company. Their presence is signified only by their cries. It’s a difficult effect to achieve and it doesn’t quite work, from a sound-design perspective, though the choral arrangements and other effects are successful. The soundtrack also utilises some contemporary classic music — Etta James and Nick Cave both make an appearance.

Medea the character is already pretty crazy at the start of the story – this version skips over her initial love affair with Jason and starts after his betrayal — and she swiftly gets crazier. I would have liked to have seen more emphasis on this arc, to see the intensity of Medea’s love transformed into the kind of madness that might drive someone to murder her own children.